Being dropped by two labels in the past five years usually means the end of an artist—but for Liz Phair, 43, the setting couldn’t be more perfect.

Un-tethered from the machine, Phair unexpectedly released her newest album, Funstyle, on her Web site in July. Her sixth studio effort, the record features a vulnerable and playful Phair, which sent critics and fans into a tailspin. Some closed the book on the singer after hearing “Bollywood,” a rap about Phair’s recent music biz woes over a tabla-inspired beat.

For some, the Exile in Guyville (Matador) indie rock queen of the ‘90s did it again—and failed. She became more of a memory they wished to preserve than an artist they’d ever understand. But for Phair—who’s had one of the most notable love-hate relationships with critics and fans alike—Funstyle returned the singer-songwriter to her creative, playful, and oddball roots, a space Phair’s been yearning to get back to for years. 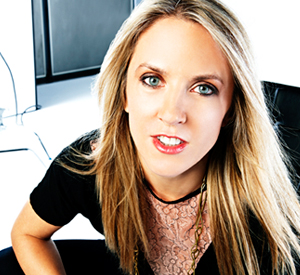 If one hadn’t known of her post-college demo tapes, Girly Sound—which spurred her career—the new album might seem weird. But luckily, for reference and nostalgia, Funstyle (officially released Oct. 19 via Rocket Science Ventures) features an accompanying disc of selections from those early tapes. Listening to them, hopefully the listener hears the parallel and the connection. Maybe even, the resurgence of pure Liz Phair.

“I cannibalized some very well-known songs on Girly Sound,” she says as we catch up on the phone before the singer embarks on a small club tour. “I used those numbers in my chorus, and then I’d write my own verses to it. I felt completely free to do whatever I wanted [with those tapes]. So, I played roles on Girly Sound and altered my voice. That same freedom is very much present on Funstyle. I definitely do feel that sort of being, or hoping people can get in on the jokes, you know? I love that people are picking up on that sense because it’s very true. I’ve been trying to get into that space for a very long time.”

From Music to TV … and Novels?
What else is new with Phair, who these days has been raising her 13-year-old son in L.A., writing a fiction novel, and scoring TV shows? Well, some surfing­—Phair’s newest hobby—but the rest she says she is unsure of, and spontaneity is fine with her.

If this doesn’t sound like the Phair you’ve known the past decade, it’s because it isn’t. It’s been a conflicted, yet triumphant journey for the singer-songwriter who fought for years to be let go from her Capitol Records recording contract, but was stuck thanks to a dick move by then-label president, Andy Slater.

“I was so fucking pissed! I was so fucking, unbelievable pissed,” exclaims Phair of Slater’s refusal to dissolve her Capitol Records recording contract after her fifth studio album, Somebody’s Miracle, her last on Capitol and the final record before Funstyle would emerge, barely made a mark. “And I thought to myself, ‘All right you motherfucker!’ I pulled up all my reserves from my upbringing, and I was like, I know it will be hard but there must be something else I can do to earn a living creatively. So I started writing a novel as a way to keep my spirits aloft.”

Phair ventured into new territory while in the music-making limbo from 2005 to this year’s release. She composed award-winning TV scores for the new 90210, CBS’ Swingtown, and most recently for USA Network’s show In Plain Sight, with scoring partners Evan Frankfort and Marc “Doc” Dauer in tow. It was a creative feat she says she thoroughly enjoyed, and one that highly was influential in the overall sound of Funstyle.

“I was doing a lot of [scoring], and I know it had an effect on the Funstyle sound because I started to have all this freedom again to create these soundscapes. So, I started messing around in the studio and began to express some of my frustrations with the industry that way. [My production team] would just laugh our asses off. It was really, really fun. I felt very free.”

ustry that way. [My production team] would just laugh our asses off. It was really, really fun. I felt very free.”

Putting the fun in Funstyle
Through fast-and-fun sessions with Dave Matthews and her scoring team, Phair laid down tracks for the album over the last two years—songs that range from more character-driven, experimental tracks to tongue-in-cheek, classic Phair tunes.

“I picked my faves and made a story out of it. I used myself as a little cut-out character—like a paper doll—and made an arch throughout the 11 songs that came to satisfy me in terms of what the emotional journey was. That’s how I arrived at Funstyle,” Phair notes of the process that helped her heal some old wounds.

From Funstyle’s brash opener “Smoke” to Phair’s rapping, she takes the listener on her own personally sequenced rollercoaster, weaving through the downs: the heartbreak, the heartache, the pain of being alone (“Bang! Bang!”); to the ups: the sex (“Oh, Bangladesh), the mockery of Americans’ inability to deal (“Beat Is Up”). And finally, she harnesses her anger toward her past label head on track “And He Slayed Her.”

While some hoped Phair’s newest effort would restore the gritty, bare-boned days of Guyville, Phair showcases all sides of herself on Funstyle, even if she’s rapping—again.

“‘Flower’ is a rap. Hello!” jokes Phair. “I think it’s so weird. People have trouble with the song—they really do—since the sound itself is so abrasive. If it’s different, it’s so abrasive to them. I’ve never enjoyed a clear path to being well-liked. I think this is what people forget. When I first put out Guyville, there was a huge backlash: ‘Why is she getting all this attention? She can’t sing. She sucks. She’s blonde and that’s why they like her. She’s selling herself sexually and that’s why it’s popular.’ It was not by any stretch, at the time, an easy road, or one free of criticism. Some of my most scathing reviews came with Guyville.”

Exiled … again
Phair, who sat on the decision for more than a year to release the collection of songs that became Funstyle, grew tired of fans, critics, and labels wanting the “old Liz” back that she actually contemplated re-making Guyville. But that reality is one gone.

“I actually considered it—I was so sick of hearing that same criticism that I thought I should just pretend they’re a client and just fake it. I’ll just make Guyville II and see if they like that. Almost as a performance arts piece, you know? Just do it deliberately and see if it’s the sound, see if I could re-create it for them,” Phair says. “That was a funny idea for like, five minutes and then I got really depressed about it because I thought that’s just so inauthentic. I just can’t fucking do it. That sort of spurred me to release Funstyle.

I realized that even if I tried my very, very hardest to give them what they wanted, what a defeat that would be really in the grand scheme of things. I’ve spent 15, 16 years listening to people get upset. And I think, I can’t help you. It’s music. You should be happy. You should be thrilled. You should say, ‘Wow, I’ve never heard anything like this before. That’s funny. Or, that’s touching.’ It’s music. We’re not talking about cancer.”