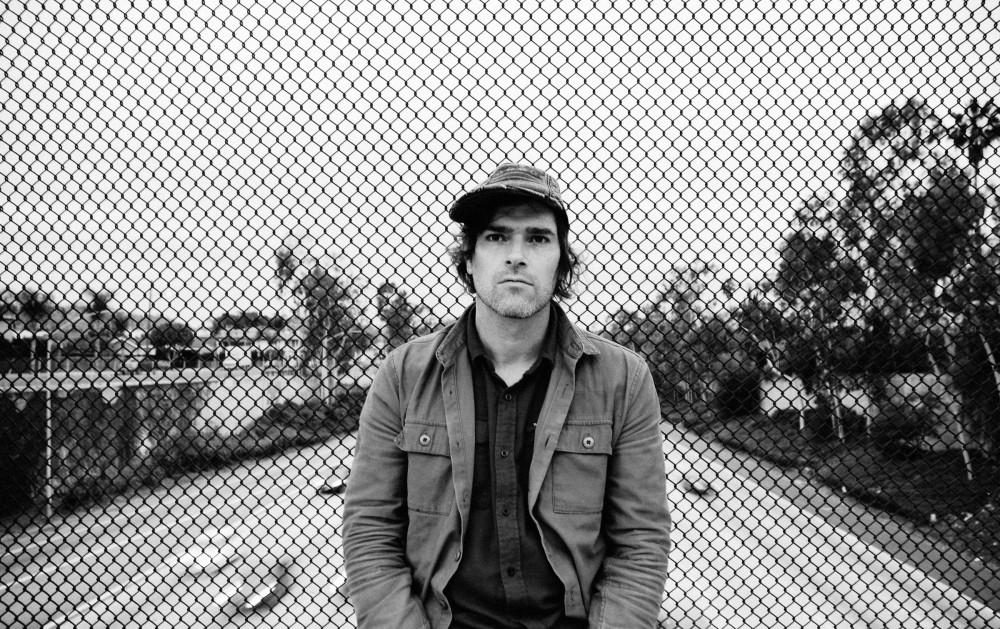 Patrick Park has chiseled a sound all his own since his debut album, Loneliness Knows My Name, was released in 2004—if you were a fan of the FOX cult teen drama, “The O.C.,” you might recall Park’s own “Life Is A Song” that rolled during the show’s final credit. Almost a decade later, the 37-year-old Colorado-born singer-songwriter’s path has only strengthened.

Park’s sound can be summed up in equal parts modern Americana, folk, rock and, well, just —him. It could be his mother’s poetic influence or his father’s blues and folk guitar playing at home. Whatever it is, he’s got a way with words, weaving personal scenarios of heartache against intricate chord complexities that inevitably flirt with your subconscious. His carefully told solid storyteller verses and choruses blend effortlessly with his signature bassy voice, finger-picking and often acoustic riffs that have an old-timey romance and Western-movie quality about them—the complementary sounds equally carrying each of his songs’ tales. This clever method is laid out and deliberate in his latest and most sophisticated album, Love Like Swords, released earlier this spring.

“I wanted the whole record to be a little more atmospheric and not feel super specific topically,” he says when we catch up with him during a recent stop in Chicago. “Something that you can listen to and sink into and then unconsciously it becomes the fabric of whatever you’re doing and reflects your life back to you. I don’t know if that actually happens or not, but that’s how I sort of approached it.” The songs, he says, are of varying different perspectives and seeing things for what they are. “We all get these ideas and opinions as we go through life, and they kind of become impediments to the truth of our story.” Heavy.

We’ve been following Park since he was first sandwiched between opener Rachael Yamagata and Liz Phair—not a bad place to be, right?—years ago. We ask him about that tour and his other favorite female acts.

Who were the first female musical influences you can recall?

Mavis Staples—from The Staples Singers. I grew up listening to a lot of traditional music. Definitely The Staples Singers, Aretha Franklin—which doesn’t factor into anything I do now whatsoever—but I remember her being the first female singer I was blown away by when I was about 12.

You’ve toured with notable acts like Liz Phair, Rachael Yamagata, Shelby Lynne, Beth Orton—you might have opened for some—

Laughs] Well, I’ve opened for all of them! That’s very kind of you. Nice way to throw that in there.

I will say that 90 percent of all songs wouldn’t exist if it weren’t for women. — Patrick Park

Well, a lot of times we don’t see a male act play before a double female bill like when you toured with Yamagata and Phair. What’s it like being on the flip-side?

I remember pretty distinctly on that tour that I was the odd man out. The fans were very there for them and probably couldn’t have given a shit about me, but it was fun anyway. They’re both awesome. It was a long time ago. I don’t remember a whole lot about it, but I do remember that [aspect] for sure. Beth Orton: I really lover her music. I was dumbstruck to be on that tour. I was a bit star-struck by her, actually. I probably said five things to her because I was so intimidated. At the time I was pretty young, but she’s like the nicest person you could ever meet.

Are there any female songwriters, poets, writers that inspire your own writing?

I don’t feel like I’m super influenced directly by songwriters of any genre, but I will say that 90 percent of all songs wouldn’t exist if it weren’t for women. Pretty much any great song is about a woman in some way or another. The same goes for a lot of my songs as well. The first record was all about one person—but that wasn’t necessarily a good situation!