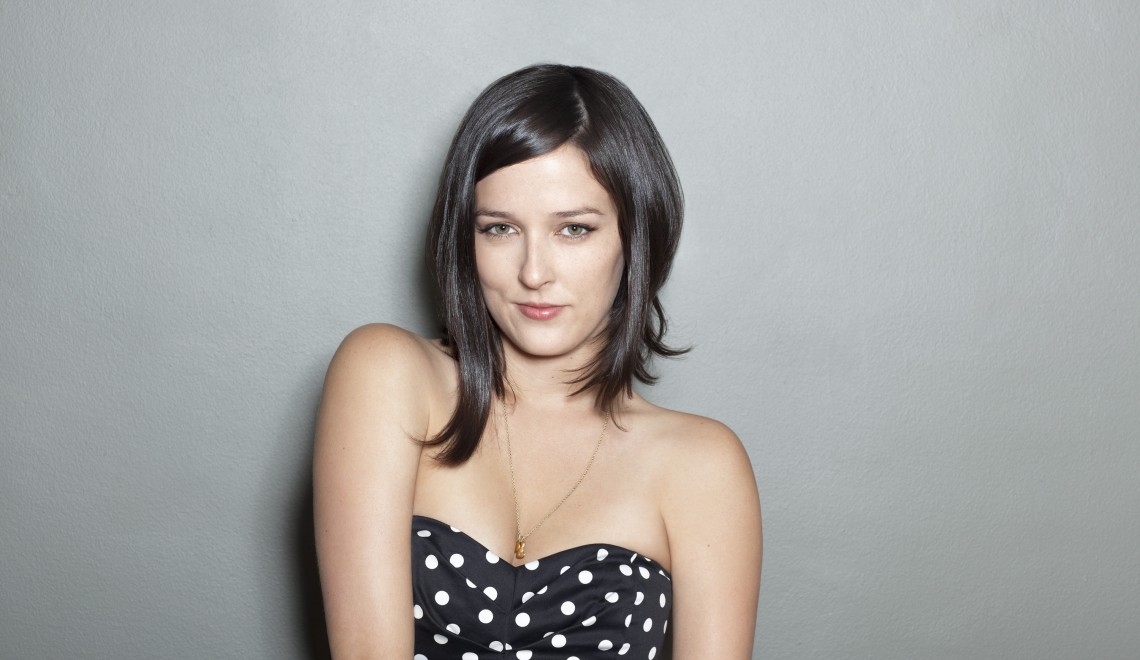 It’s a week before Christmas and just past noon in Roberta, Georgia. Meiko is taking a break from helping her mom in the kitchen. “We’re just chilling and baking cookies,” she says. It’s a welcome respite from a crazy week, in which Meiko zipped across the country from LA. to her hometown in the south—but not before making a Midwest pit-stop to play a sold-out, one-off show in Chicago. The audience at Schubas ranged from tweens to AARP cardholders, all going bonkers for the singer-songwriter known for her song, “Boys With Girlfriends.” In deference to the mixed crowd, Meiko kept apologizing for occasional swearing and slightly ribald relationship stories, and tried to explain her song, “Leave the Lights On,” in a PG-13 fashion after recalling that a producer confessed to her it was his young daughter’s favorite song. Who knew a song about sleeping with the wrong dude could lull the little ones to bed?

But that’s the thing about Meiko—she is loved by and inspiring to a wide demographic. Her songs are seriously the catchiest tunes about heartbreak, being the other girl or being betrayed by the sexy Latin lover who never paid rent…for four years (this true story inspired the song “Good Looking Loser”). Or, in the case of her the happier tunes like “Stuck On You,” they are simply about being in love. Couple the relatable themes with Meiko’s incomparable, flawless voice, and it’s little wonder she has entranced such a wide audience…and is sure to find more with her latest album, The Bright Side, as Boxx writer Brett Marlow found out in this Q&A.

Brett Marlow: Tell us about the new record you’ve just started recording and hope to have out in fall.

Meiko: I’m playing around with a lot of older songs I have, which are a little darker. A lot of the newer stuff is more upbeat and fun. It’s just a matter of meshing everything together. The whole record is written, though. It’s always such a good feeling to start something new; to create instead of a stagnant life of, you know, staring at Facebook all day. [Laughs] I feel really inspired and invigorated by recording. I’m still playing with beats and using organic instruments and want to get more cello involved.

What were your first musical influences?

My dad raised me by himself for a while, so I grew up listening to him play guitar. It’s not like I had a record player as a little kid. I was only listening to what was around me, and my dad was the one who was playing all the Allman Brothers covers and Pink Floyd, Lynyrd Skynyrd, so I grew up with a lot of that—but hearing them sung by my dad. When I was able to go buy my own CDs, I was listening to Edie Brickell and The Cranberries and Fiona Apple; all of that stuff was super influential to me, hearing a girl’s perspective on love and life. It inspired me to start playing guitar. I listened to Hole a lot, too, all the alternative girl rock stuff. And at the same time I was writing and playing guitar and being an awkward middle-schooler having no social life whatsoever. It was my outlet.

You moved to LA and were working at The Hotel Café, a well-known spot for singer/songwriters to showcase. It’s also where you were discovered. Almost overnight, it went from zero to 60 for you. How did it happen and what changed?

The Hotel Café is such a cool place to go and listen to new music. People at “Grey’s Anatomy” and a lot of [other] TV shows go there and try to find new and upcoming artists so they can use their songs in the shows. There was a lady there who was from “Grey’s Anatomy,” and she heard my song “Reasons to Love You” and asked if it would be okay if she submitted my song for the show, and I was like, “Hell yeah!” Sometimes L.A. can be a lot of talk, though, so I didn’t bet the farm on it. It ended up happening. The song was in their third-season premiere. Things really started changing after that. A lot of people watch that show and discovered me that way. Shortly after, I got an agent and started touring. I was able to quit waiting tables, which is awesome. Since then, I’ve been focusing on my music and [have been able to] make a career out of it. It’s been awesome and a really fun ride. 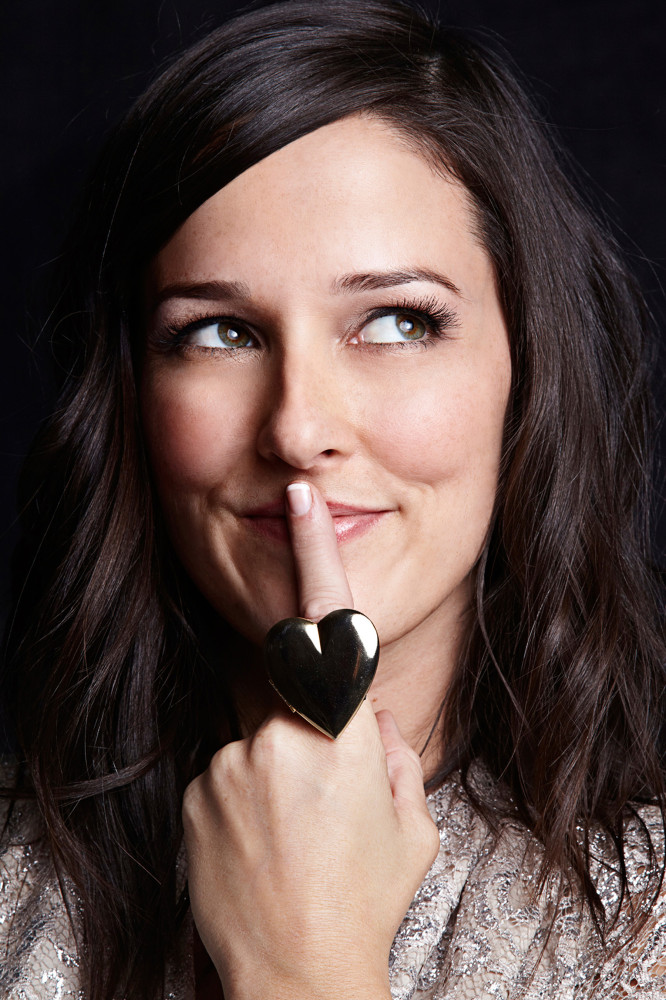 It’s funny how it takes just one thing like that to make it happen.

Do you feel pressure to keep writing breakup or depressing songs? Take Rachael Yamagata or Lucinda Williams for example. The moment they put out happier, in-love songs, people are like, “You betrayed me!”

I was worried about that because I do write a lot of those depressing songs and then my last record has a few happy songs on it. It was a departure from my first record I released. I’ve had a lot of people at shows say to me, “I like your sadder songs better.” But it seems like the happy songs reach more ears. The song “Stuck On You” is the happiest song I have and it got on a Crate & Barrel commercial. So many people have found me from that damn commercial, which has been amazing! I didn’t write it because I thought I needed a happy song, I wrote it because I was happy and genuinely in love. It’s helping getting my name out there, which in turn is helping people discover that song and the sadder songs. I like to have a mix because it gets boring either way. And if I don’t have drama in my current relationship, I have to think about past relationships to get some juicy material!

When I was able to go buy my own CDs, I was listening to Edie Brickell and The Cranberries and Fiona Apple; all of that stuff was super influential to me, hearing a girl’s perspective on love and life — Meiko

BM: I have to ask because I’m such a huge fan, too, but this is so one of those Us Weekly “Stars! They’re just like us!” moments: Were you recently playing guitar with Liz Phair?

Tell me about it! What’s the story?

We were at a birthday party together, and I saw her and was like, ‘okay, stay calm!’ The worst thing about living in LA is that you see your idols, and I learned quickly to not go up to them and say, “Oh my gosh, I’m such a huge fan. Can I have your autograph? Can we take a picture?” They feel really uncomfortable, especially when it’s in a really intimate setting. I had to keep reminding myself to be cool. I started talking to her and our mutual friend says, “You both play music,” which started it. Then, he was showing us his studio, and there was a guitar just leaning up against a wall. I was like, ‘This is my chance!’ I picked up the guitar and asked if I could play my new song for her. And she was like, “Yeah! I would love to hear it!” So we sat on the floor, and I played her my new song—I was nervous as hell. She said she absolutely loved it. I handed her the guitar and asked if she had any new songs, and she played hers. It was so awesome! I was in alternative girl music heaven. I was, like, freaking out, but I tried to stay calm. Later, I tweeted about how awesome it was and she re-tweeted it, so she totally knew I was fangirling!

Amazing! By the way, I’m so glad you’re from the south, too! I miss my fried chicken, field peas and collard greens! What are some of your favorites?

Yep! Green bean casserole, fried chicken, pecan pie, banana pudding, squash casserole. It’s amazing coming back home! I get super nostalgic, like, I need fried chicken from this place, I need my dad to make squash casserole—I come here with a list of foods I need to check off before I feel comfortable to leave.

Growing up in a small town, do you feel like your music provides a connection for the younger yous out there who maybe want to do the same thing you do?

When I go on tour, I usually go to major cities and fans will come from small towns and drive for a few hours. There’s definitely a connection there. I will never be able to shake it from my soul. I’m very proud to be from a small town; it taught me so many values in life. I feel like people appreciate it. I notice it the most when I come home and meet little girls from my town who want to be singers. Last time I was here I was hanging out with a bunch of people, and this guy came up to me and asked if his daughter could sing for me. She was nine. She was so good. I told her to keep singing, try not to be nervous, sing in front of as many people as you can and try to play an instrument. That’s what my dad told me: If you want to sing and play songs, it’s a lot easier to be an all-in-one kind of person and not rely on someone to play guitar parts so you can just sing along to it.

What do you dream about doing in your career?

Touring the world is the most amazing thing. Growing up in a small town, I never really saw a bunch of cities when I was little. I didn’t get on a plane until I was 19. I want to play shows in Singapore and Africa, go to all kinds of different beautiful places and have my mind blown by different cultures. [I would love for] Steve Martin to come play on my record. That would be amazing! He’s a badass banjo player! I do dream of playing Madison Square Garden one day. I’ve always had that dream. It scares the shit out of me, but [it’s] still such an amazing thing to think about commanding that many people at one time, [having] everyone listen to you while you’re on that stage. [That’s] something I definitely wanna do before I die. Typical artist dream: Travel the world and play shows! I totally fantasize about that kind of stuff.

Now that you’ve moved from a small town to L.A., what’s the coolest thing about living there?

[I’m] constantly inspired by being in a big city. I’m constantly seeing cool art everywhere, you know, and wacky people. Different people. There’s a huge scope of a zillion different people who live in L.A. I love that because I grew up [in a] half-black, half-white hometown without that many Asian people. I was the only person in my school who had any other ethnic background or differences. [Meiko is a quarter Japanese. -Ed.] I really embraced the fact that there’s a little Tokyo in L.A., and I’m constantly eating Japanese food. There’s so many different artists and new music. I love L.A. with all my heart.