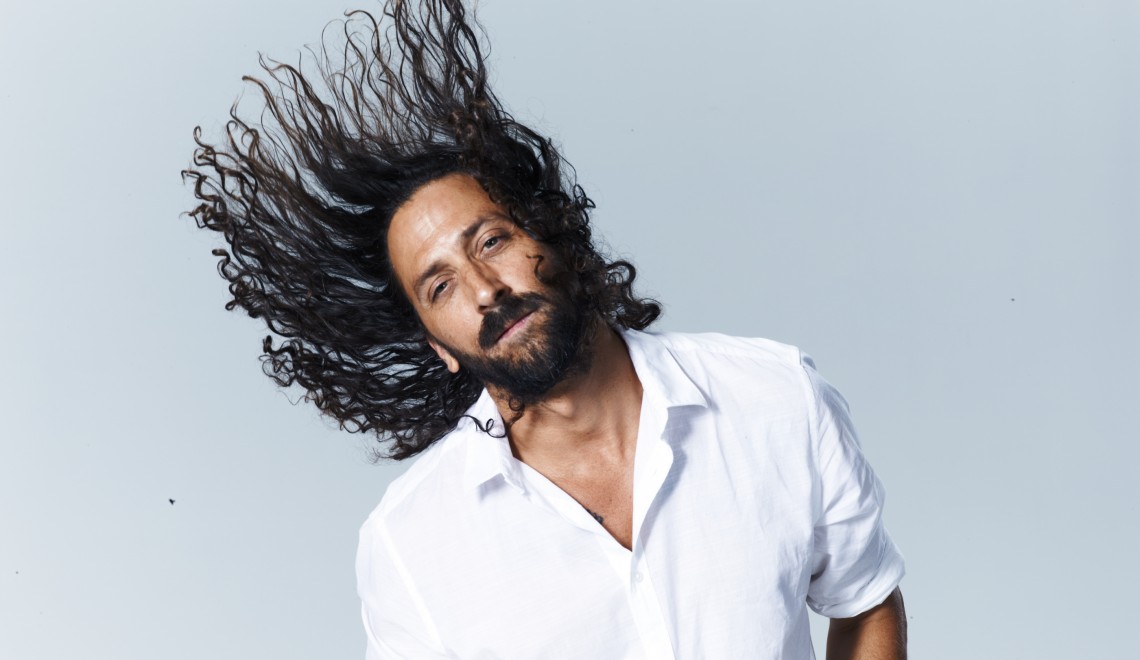 Jason Schneidman knows a thing or two about a good do.

As I sat down with him to dish on hair tips, tricks and this fall’s hottest hair looks and other man-hack’s to looking dapper AF, Schneidman jokes, “The only bad hair cut is a bad haircut.” He’s in typical SoCal form: easy going, chill, but to the point. His activities – well, I could guess by his appearance: toned, tan, his hair dark, long and up. It’s evident who at the table has clocked the most time fully macking double overhead when not at the salon or television studio. “A good haircut styles itself,” he quips.=

He would know. He’s the man behind the cuts, the shaves, and the shapes of the #StyleTrending locks of Hollywood’s hottest jocks. We’re talking FOX’s The Grinder star Rob Lowe, Pan’s Hugh Jackman, Jonah Hill and nightly he coifs The Late Late Show host and funny man James Corden’s hair into picture-perfect parts. (Need further proof? Remember the Bruno Mars hair memes that set the Internet ablaze on Super Bowl XLVII Sunday? The stylings of Schneidman!)

With 15 years under his belt at the iconic Chris McMillan Salon in Beverly Hills – you may know that name from where Jennifer Aniston’s “the Rachel” Friends style was created and still cut – Schneidman is not afraid to set hair trends. “Chris has always taught me that it’s OK to go for it and you don’t have to play it safe.”

Clearly, it’s paid off. Schneidman’s newest role has him happily serving as the Grooming Expert for Dove’s Men+Care line – products from which he uses and swears by nightly to style Corden’s hair. One of which, he’s particularly fond of – the Fortifying Styling Paste ($7.49). “If I only had one to product to use for a magazine cover, it would be that,” says Schneidman. “[It’s] the perfect product for all men in terms of styling, as it can be used for short or long hair.” The Fortifying Shampoo ($7.29) is another fave of his, as it brings back any needed moisture to dry or damaged hair. 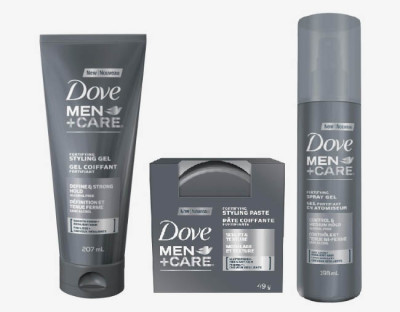 Lately he’s fond of what he deems the “movie-star cut.” “It’s the perfect length: not too long and not too short. It allows you to see texture on the side and the top is the perfect length, where you can wear it over to the side or up,” he says. “It reads great in pictures, and when you put on a pair of sunglasses, you look like a movie star, I swear.” Bring this to your groomer: think Matt Bomer. Style this one up or over with a quick blow-dry, followed by a dab of Dove’s Men+Care Fortifying Paste. If your look is more classic, opt for a dab of Dove’s Men+Care Styling Gel ($7.49).

Out this season are the ole shaved and unbalanced shaved parts. “When they first hit the scene it was ‘Wow!’ and very trendy. Now, after seeing it everywhere, I think we are moving away from super-short sides, especially as we get into the winter where mo’ hair, mo’ better,” says Schneidman. “I’m seeing short man-buns that are getting longer-looking, more like a long-do, that is good for fall and winter.” 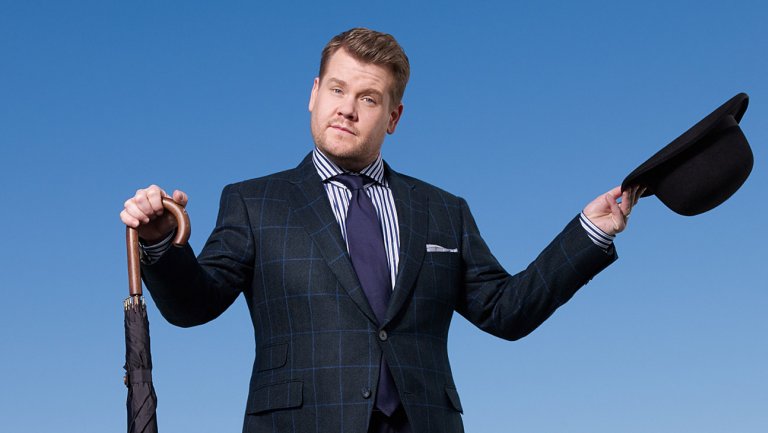 Schneidman is a fan of switching up looks, but how often should you go in for man maintenance between styles? “For men with shorter hair, they should get it cut every three weeks,” Schneidman advises. “For a more mid-length hair, try six to eight weeks. For men with long hair, they need to trim it every six months.” Tip: try thinner flippy ends on longer do’s. “It’s more of a surfer and rock ‘n’ roll look,” Schneidman adds.

Speaking of man maintenance, what about facial hair? Schneidman cites a recent study that had women ranking a 10-day growth as most attractive on men. When styling Corden, Schneidman says the comedic host prefers some scruff on TV as he “feels like a 12-year-old boy with no facial hair.” Pounds chest. Feel you, brah. After 10 days elapse, use the 1-setting on your clipper and shave it down. Schneidman wowed me with his long list of go-to man-hacks, I had to share them all. Don’t forget the lip balm!

Enhance your appearance with these 8 easy daily man-hacks

2 Toilet seat covers: “There’s nothing worse than an oily guy face,” says Schneidman. Agreed! Fold up a cover and blot entire face to soften the shine and rid face of excessive oil build-up from the day.

3 Don’t wash your hair everyday: Rinsing it in the shower with hot water is OK, Schneidman advises, but excessive washing strips natural oils and also tends to lend itself to less give with styling.

4 Try a dry shampoo: Schneidman like’s Dove’s women’s refresh dry shampoo ($3.99). “It’s only a matter of time they make a men’s version,” Schneidman jokes. Use it to liven hair between washes.

5 Use a moisturizer: “[Apply to face] after a shower when the door is still closed, which will [help] lock the moisture in your skin.” Opt for one with SPF to maximize results.

6 Style with Schneidman’s Men’s Groomer Small Round Brush ($30): After a blow dry, this small-handled brush leaves hair with a smooth finish.

7 Never go out of style: “When applying pastes and styling products, only apply when hair is either 80-percent to all-the-way dry,” says Schneidman. “If you are applying pastes to wet hair, it will make it look see-through and [you], a porcupine.”

8  Fill it out with Toppik’s Hair Building Fibres ($6.95+): Adding in a little of this colored keratin protein can fill in thinning hairlines making them appear fuller, fast. Schneidman jokes he’s tried and seen success on a family member as he flips through before and after photos on his phone. “See!”