On the Line with … Lisa Loeb 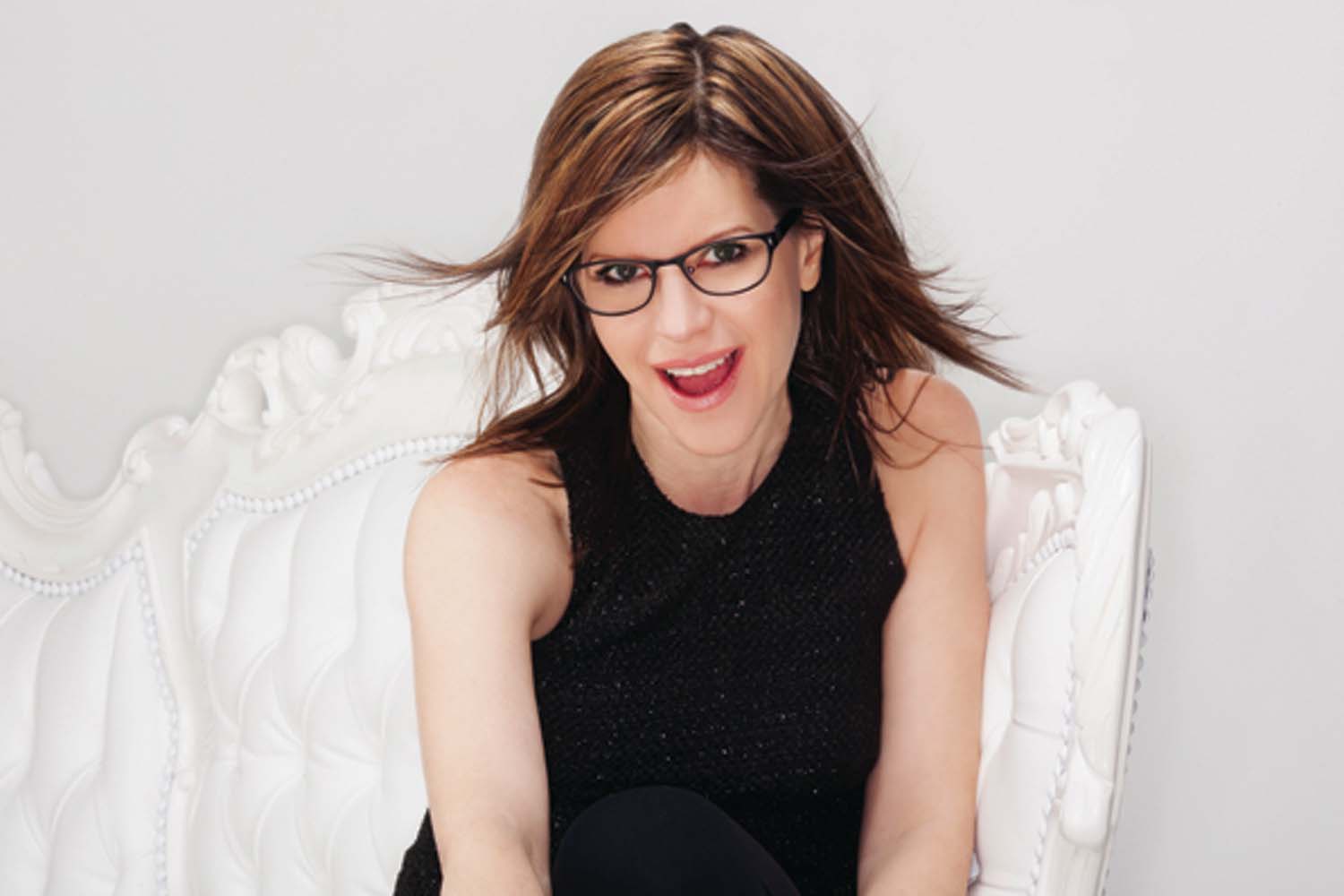 Lisa Loeb on her modern-day ‘fairtytale’

It’s a late afternoon in Los Angeles. Having just returned from the grocery store and a pediatrician appointment for her nearly three-year-old daughter, Lyla Rose, Lisa Loeb is now surrounded by sounds of hammers and buzz saws.

“Sorry, we have somebody building a closet. We’re remodeling our house.” Loeb shuffles around. “I’m going to move rooms. I think the baby’s up,” she sweetly apologizes into her iPhone—a one-stop device that’s been a blessing to the 44-year-old as she can Tweet fans, read e-books and reply to work emails—all as as her five-month old Emet Kuli’s cries wail from a nearby baby monitor. Loeb maintains a cool balance in multi-tasking—a trait she’s developed well over the last few years with the many great changes that have come into her life since she found success as a 26-year-old singer with no contract after her song “Stay (I Miss You)” became the poster child for a generation of Reality Bites alums. 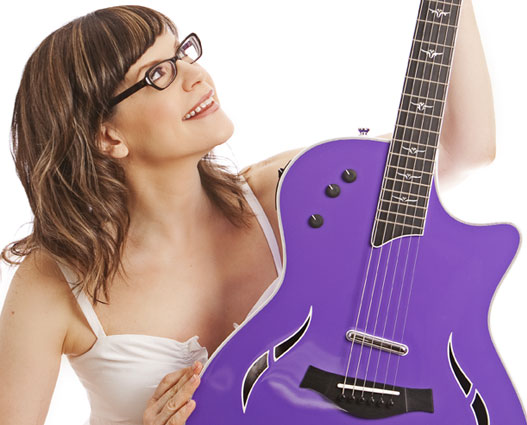 Okay, let’s rewind. You might remember that the last time Loeb was in the spotlight, it was 2006 and she was looking to find a long-term relationship on E!’s reality show, “No. 1 Single.” Today she has a husband (he works on “Conan”), two kids and a slew of side projects in and out of music. And although it’s been a few since we last heard music from Loeb, her voice has been heard on national spots for Stacy’s Pita Chips, Bounty paper towels, Chili’s restaurant and Smirnoff vodka.

It may have been more advantageous to start a hat-wear line considering how many Loeb’s wearing these days, yet her signature eyewear collection (launched in 2010) couldn’t be more of a natural progression for the famously notorious cat-eyed, speck-clad Renaissance woman. In just minutes of our interview, we’re talking face shapes, jaw lines, goat cheese recipes for kids, cat acne, blog drama, the TV show Nurse Jackie … and eventually, yes, her new pop-punk “grown-up” album No Fairy Tale, her seventh release that’s just as lyrically conversational as her manner of speaking.

The album, released January 29, finds Loeb at a crossroads: balancing motherhood with being a musician; creating new tunes and new careers; figuring out if she can still do it all with children. The intent for her new album was put into motion years ago, before the little punks came along, when Loeb met New Found Glory’s Chad Gilbert (the band famously covered her hit “Stay (I Missed You)” in 2007). When approached by Gilbert to attempt a new album with a more punk-driven sound, the two started laying the foundation using tracks Loeb had written prior (during her downtime away from the TV cameras). The duo drew inspiration from Elton John, Jimi Hendrix and David Bowie—for a more rock-filled sound. Gilbert even suggested bringing in Tegan Quin from Tegan and Sara, a suggestion Loeb was excited about, having wanted to work with the group before.

“I was just talking to Alice Cooper the other day. You just never know who you’re going to work with.”

The cultivation of great talent for the album did not end there. Known for producing and creating the lo-fi sounds of Liz Phair’s earlier works, guru Brad Wood joined the group as mix engineer to achieve more of the gritty, electrically amped sound missing from Loeb’s previous albums.

“That was one of the reason’s I wanted to work with [Brad]. I was looking for a mix engineer who really knew how to make a lo-fi record that was still huge and sonically beautiful. He worked on a lot of different records that I knew. He just has the ears of a producer,” Loeb says. “Coincidentally he lived in walking distance from my house, which was convenient.”

Overall, the recording process for No Fairy Tale proved to be more relaxed than past albums, going in quickly and not worrying about over-perfecting each element of the songs. “I feel like that’s the result of spending years and years recording—and as Kenny Rogers would say, ‘Knowing when to hold them and knowing when to fold them.’”

One of the album standouts is a tracked called “The ’90s,” in which Loeb recalls the video shoot for her famous first single. She sings: “Betsy cut my dress a little shorter/Get me ready for my video/One take, I’ll shake it up on MTV/All eyes on me/John make my platforms a little higher/I gotta walk without my band/All eyes, on me/They say I’m folk but I like Bowie/Those were the ‘90s/Time flies so fast/You say you love me then, but I don’t wanna go back.” 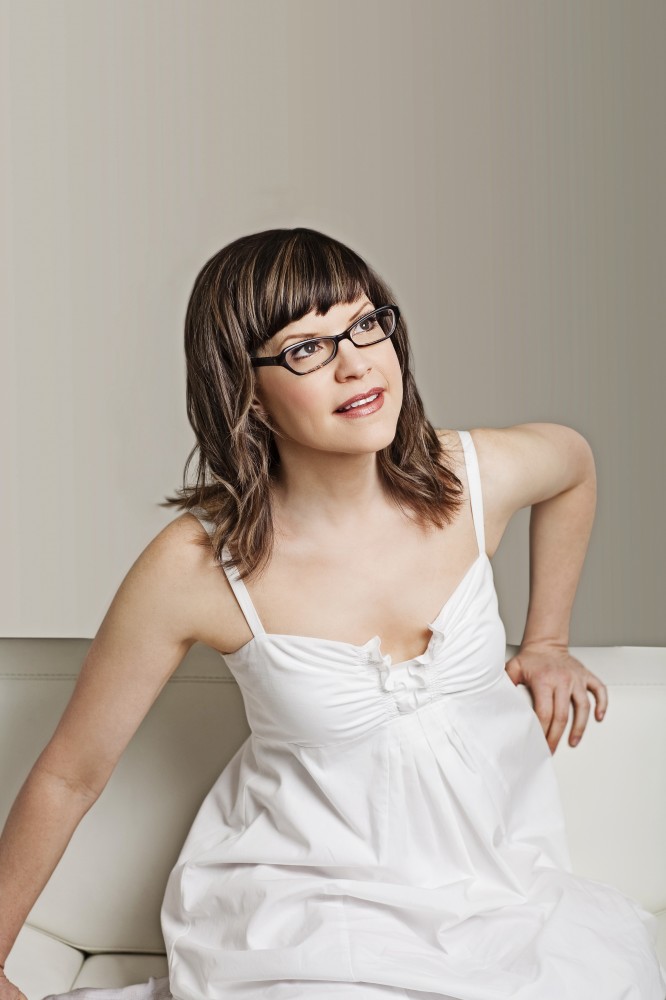 Loeb has certainly grown from the much-parodied song and also looks to grow away from it.

“It’s not that I don’t mind reliving it or retelling it. It’s just literally, I don’t need that exact time period anymore—I don’t need that to happen again. It’s like high school kids who are popular and then they’re not popular anymore and they’re like, ‘I wish it were like high school again.’ It’s fun to talk about that time and I enjoyed it. But, life moves forward, it doesn’t move backward.”

And for Loeb, moving forward is touring for her new album, and involving herself in even more projects.

“I’d like to do theater and musical theatre,” she divulges. “I don’t know if that’s me longing for the days when I was a kid in the musical, Annie.” But that’s not all, she says. “I have a bunch of inventions I’d like to put to use—like get patents together. There’s just not enough time to do everything.” Somehow we think she’ll find a way to fit it all in.