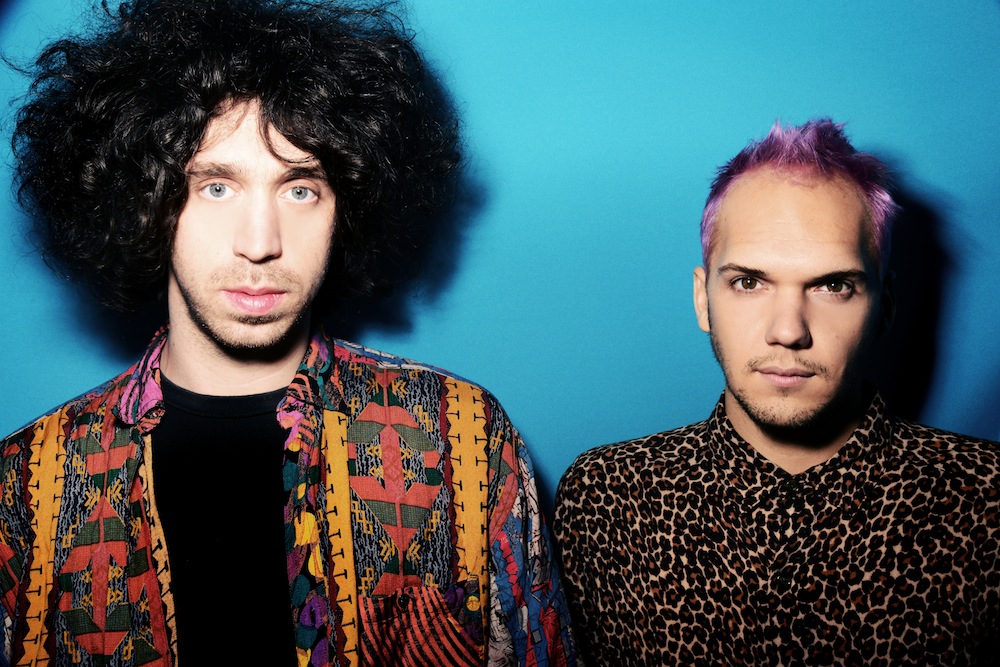 It’s not everyday that, two seconds into a song, you’re already convinced you just heard the next best thing and have to instantly send, Tweet, post and share it with everyone within 20 feet of you—and your entire phonebook. That is, until you hear Ghost Beach.

The Brooklyn-based duo is heavily inspired by heavyweight female talent like Sade and Annie Lennox—that much is evident with a huge ‘80s vibe to their music—but most importantly, it’s good. The liner notes of their Nettwerk debut BLONDE should read: “Screw seasonal affective disorder lamps if the winter blues have had you taking a number at death’s door, and meet the audio uplift your soul has been desiring.” Their music, most definitely the soundtrack to this summer, is self-described as “tropical grit pop,” which is pretty much the best description ever. Think tequila shots, pineapples and neon-tinged sand-lined beaches but exaggerated and enlarged times five.

“That’s something we just made up to call the music we play. People get a really summery, bright vibe from our music, and some of it has to do with the bright sound choices that we make. We draw from a lot of different music, not just stuff from the ‘80s, although there’s so much we love,” says one-half of the band, Josh Ocean (how fitting!). “As songwriters, we’re really impressed by some of the quality of the pop songs that were coming out then, which can be compared to an exotic or tropical vibe.”

Completed by Eric “Doc” Mendelsohn, these dudes are turning indie-pop on its side, even if their name was inspired by something much more innocent. “We were working with our producer recording our first round of songs for six months, and we still didn’t have a name for the band. He was like ‘I’ll ask my daughter.’ She was six-years-old at that point,” says Ocean. “We didn’t know about the Goosebumps book then, but thought it was awesome and went with it.”

After wowing the SXSW crowds, the duo heads out with RAC this spring and will soon debut their song “Lovin’ You” with up-and-comer Betty Who. We caught up with the duo on other lady artists who have these two girl crazy.

Who are your favorite female musicians of all time?

Josh: I’ve always wished that I could sing and sound like a girl, as weird as that sounds. You know what I mean? There’s so much that has been among my favorite stuff.

Doc: Recently, we have been getting back into the Eurythmics and Annie Lennox. Sade. I love k.d. Lang. I love girl groups in the ‘60s and Motown, too.

Josh: I definitely see Sade as one of the biggest influences on Ghost Beach—whether you can hear it or not. We obsess over a lot of the stuff she does. I have to say Imogen Heap too, but when she was with Frou Frou—that is probably and is still is one of my favorite albums of all time and one of the most influential albums in me wanting to do music as a career. Amazing production, and it’s inspiring. We really love a great female presence in music. It’s always exciting.

Which female artist would you love to collaborate with as a group?

Doc: My dream collaboration would be Annie Lennox. 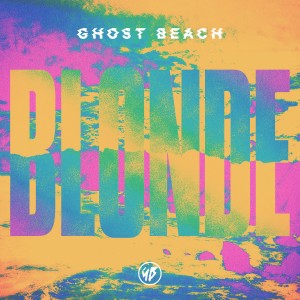 Which female acts are you listening to now that we should check out?

Josh: We’ve been listening to the band Twin Sister recently. We were DJ’ing on New Year’s Eve and were driving to the gig and were freaking out about how much we love Twin Sister. God, that girl’s voice is just out of control. I really also like this group named Ivy which is fronted by this French girl. It’s indie pop before indie pop sort of thing with very, very, very simple female vocals.

Did any ladies help inspire the name BLONDE?

Josh: Blonde is a desired state. I can’t think of any other hair color that has a personality or a stigma so strong. There’s so many things attached to what blonde is. There’s a depth there even though when you say something’s ‘blonde,’ it’s implying it’s not deep, it’s shallow. But there’s a lot when you dig in.

Doc: It’s for the blonde person who feels slighted for having the preconceived notions about them. Our album sounds like that—very summery, but if you dive in it’s got some depth.