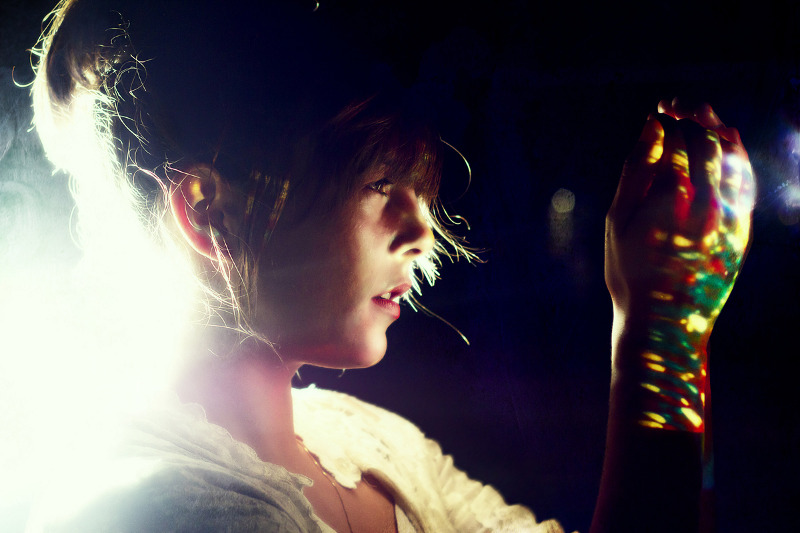 She is the musical Supergirl, a mesmerizing meteoroid flown in from a brief stop on planet Americana who uses her untapped vocal and lyrical forces to send love-tinged indie-pop into a much-needed, new stratosphere. She is the girl next door and the best friend you’ve always wanted; she belts out an epic Paula Abdul “Straight Up” cover and is the coolest rock-star girlfriend that you’ll (probably) never have. Her powers are rare: a voice so pleasant, yet gritty and a voice and smile so bright that when displayed, it fills your soul with the intensity of stadium lights. Her first-person indie-pop ballads are sometimes peppered with toy keyboards, enough to lift your wilted, post-breakup self back up—and her silly laugh in between on-stage storytelling is even more infectiously dangerous. 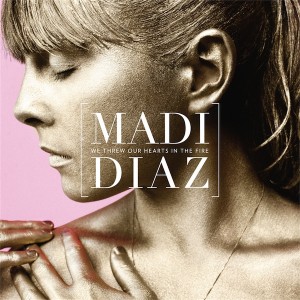 Madi Diaz’s “We Threw Our Hearts In The Fire” out now.

Yet it could be easy to shrug Madi Diaz off at first glance: “Oh, another hipster-looking girl with a guitar and a pair of oxfords—hmm, wonder where she got those. Whatever, I’m getting a beer.” But you would be sorely mistaken. Behind the exterior is an avid music-lover, skilled guitar player whose chord progressions are frighteningly fascinating and a rising songwriter whose father still plays in a Frank Zappa cover band and exposed Diaz to the likes of Fleetwood Mac, the Bee Gees and the Beatles early on in her life. Thank God, because all of the pop influences of yesteryear—and even not so long ago (think Paula Abdul and ‘80s space-rock)—has cast its place amongst Diaz’s signature drop D-tuned pop songs. The heartbreakingly beautiful pull is in full effect on her last album, Plastic Moon—produced by industry heavyweight John Alagia—and her newest release, We Threw Our Hearts In the Fire (out Oct. 23).

Diaz’s subject matter tends to lend itself to the sullen, yet somehow finds listeners smiling and bobbing along anyway. Take, for example, her latest single, “Every Time I Reach Out.” Think Leona Naess, but with a little more optimism, a pinch more rock ‘n’ roll and a hankering for extraterrestrial-esques snare drums and pulsing low-note guitar riffs that keeps the willing intrigued. Her catchy, sometimes unconventional pop choruses are so forever imprinted in your brain, you’ll wake up singing the chords or humming the harmonies. Dare we direct you to track “Let’s Go.”

The majority of Diaz’s works have come from collaborations with long-time friend and sometimes bandmate, Kyle Ryan, who met at the famous Berklee College of Music. The duo’s partnership is a solid union, forever caring of their songwriting ventures, and it’s audible. Each taking up this part, or that melody, to yield fruitful, original songs that have caught the eye and friendship of such notable artists as Liz Phair, which scored an aptly-fitting collaboration on the indie-rock queen’s 2012 one-off single release, “Avalanche (Stereo Romance).”

And while you think you haven’t heard Diaz’s songs, you have. Her song “Nothing At All” was featured in the Meryl Streep/Tommy Lee Jones summer blockbuster, “Hope Springs,” and your guilty pleasure TV shows like “Ghost Whisperer” and “Drop Dead Diva” have all welcomed this Lancaster, Pennsylvania native’s tunes as backdrop for their dramatic scenes. 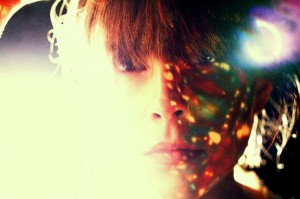 Diaz sings, “There’s too many stars reaching over the horizon / Let them burn out,” on “Burn,” a track off the new disc. If her opening sets at small-scale Schubas, SPACE and Subterranean earlier this year (opening for the likes of Rachael Yamagata and Harper Blynn) are any inclination, Diaz’s time at The Vic is sure to shine bright for her career, only a molecular cloud bound to produce more quality gems for years to come.

So when she asks you to come say hello after the show, you’ll move from your front-row spot you clamored to after being awestruck by her genuine charm and find something to talk about—maybe your shared love of ponies or the fact she’s painted gold on her album cover. In the beginning, Madi Diaz will catch your musical heart and forever keep it burning in the fire that is her.