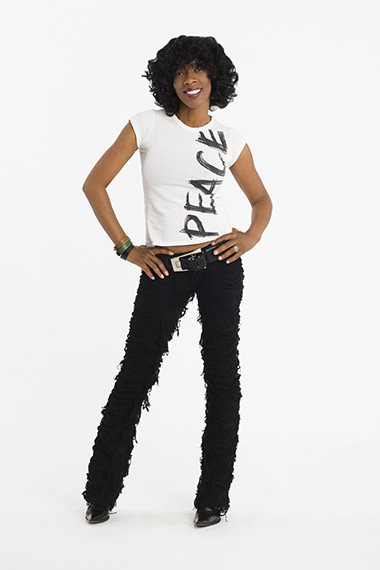 Last year, Steven Rosengard, a former Columbia student, competed briefly on the hit fashion design show. This year, Columbia alumni Terri Stevens, a 39-year-old fashion designer and visual stylist, will duke it out with 15 other designers to fight to be the winner of “Project Runway.”

More than 12 years ago, Stevens graduated with her bachelor’s degree and was highly involved working with Bates Design, 1130 S. Wabash Ave, a designer known for creating custom designs for celebrities like Oprah Winfrey and Michael Jordan. While at Columbia, Stevens traveled to Paris and came back and did a fashion show. Once she graduated, Stevens worked with Levi’s as a visual stylist and currently works for Victoria Secret as a corporate visual stylist, fashioning the looks in stores across the country.

The Chronicle spoke with Stevens a week after filming for the show had wrapped about her former alma mater, competing on the show and her clothing lines, FunkinBeautiful and Michael Joseph.

The Chronicle: How was your experience at Columbia?

Terri Stevens: If you were to ask anyone who knows me, I talk about Columbia as if I’m still there. I really feel like I’m still a student there because it’s such a great networking tool; and we have had so many success stories from here. I think it’s a great place to get yourself started into the professional life. If they ever want me to come back, I will be there in a heartbeat [to] give a session—whatever. Columbia is home to me. It’s my home to me. I love it!

How would you describe your style and design?

My label is called FunkinBeautiful and Michael Joseph. Both of them are geared for the street. I describe it as if you were to take Steven Tyler from Aerosmith, put some Lauryn Hill with some Michael Jackson. You would get FunkinBeautiful. It’s a combination of rock, hip-hop, R&B, soul—everything mixed up into one. It has street edge. The first thing everyone says is, “My God, that is so funky.”

Why did you try out for “Project Runway?”

I didn’t have cable for the first three seasons of the show. People told me I needed to try out for the show and [said], ‘We know you’d win.’ I got cable, and on my first viewing of the show I was addicted and hooked. People were calling me from everywhere about auditions coming up. I went to Chicago on a Saturday, and the audition was on a Tuesday. I stayed up and sewed three days straight. It was beautiful. I did 14 pieces, and the [judges] didn’t believe I created all of the looks in three days. I knew it had to be the best collection I had done in my life to impress [them]. They didn’t want garbage.

Who would you say is your favorite designer from past seasons?

I really love Christian. He loves the same designers that I love. I think his style is beautiful. I also love Karasun. I still feel like she should have won. I’m sorry, I’m upset. Her stuff on the last show was beautiful. Everything was cohesive, gorgeous and great.

Who are some of your favorite fashion designers?

Hands down, Karl Lagerfeld. Love me some John Galliano. I think we need him in the world, because he is crazy and beautiful at the same time. And I love Jean-Paul Gauitier and Alexander McQueen. There are so many, but I definitely have a more European influence in my design and in my style.

What are some of the trends you would recommend for the fall?

I don’t do trends. I like to start them and pass them on to everyone else. I really believe you need a really nice, fitted black trench and waist coat. And I love layers. When it comes to fall and winter, no one can touch me when it comes to dressing. I’ll have on a tank, a T-shirt, a sweater, a dress, a scarf, a coat. I live for layers. I think everyone should have a gorgeous pair of boots and wear them all year round.

How would you describe Chicago’s style? Do you feel we’re behind the fashion curve?

I think people from other regions, like if you’re from London, Paris and New York, they don’t think Chicago has it going on, but Chicago is rockin’. There is an underground theme in Chicago. I think we can push it a little more and take it a little further. Don’t look at magazines, be the magazine.

What advice do you have for aspiring fashion design students at Columbia?

I think design is something you can learn, but I think the talent is something you just have in you. You can go to [school] to know how to drape and design patterns, and I never do that. But if you want to hone in on those skills, it’s a great place to go. It’s a great beginning tool, but it’s up to the person to take it further. They would give me projects, and I would be done with them on the same day. I had to challenge myself. They need to push themselves further or demand their professors push them further by saying, “OK, I’m done with this. Now give me another assignment.” You have to have that passion.. You know the TV show “FAME” I always thought I was CoCo [Chanel]. And at Columbia, I thought I was CoCo.

What was your biggest struggle on the show?

I don’t think I had any. Because I have insomnia and am always sleep-deprived and work well under pressure. My biggest struggle was not being able to eat McDonalds. I don’t know if I can talk about it, but I’ve kind of been on a hunger strike. I love McDonalds’ Happy Meal cheeseburgers with a Coke.

Stevens currently lives in Columbus, Ohio, but said she hopes to make her way back to Chicago soon. Her fall line is now available at the Wicker Park boutique, The Silver Room, 1142 N. Milwaukee Ave.